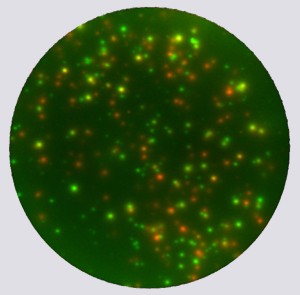 The major findings of this study were as follows: (1) the IFN-γ level was increased significantly among TST-positive individuals when the IFN-γ assay was performed 2 to 4 weeks after the TST; (2) the IFN- level was not influenced by the TST among TST-negative individuals; (3) the percentage of concordant results between the TST and the IFN-γ assay was low (67.5%), with the k coefficients indicative of poor agreement (0.31). Concordance between the results of the IFN-γ assay and the TST has been reported to be from 53 to 94% in studies in immunocompetent populations who were screened for LTBI or were evaluated in contact investigations. Although some data have shown strong agreement between the two tests in HCWs, our study demonstrates a poor correlation among the 36 TST-positive contacts when the induration cutoff for the TST was set to 10 mm in diameter. In particular, two thirds of the HCWs who would be candidates for preventive therapy for LTBI according to the TST test results had a negative IFN-γ assay result. With an induration cutoff for TST results at 15 mm, it also showed poor agreement. This remarkable discrepancy could be explained by a false-positive TST result or a false-negative IFN-γ assay result. 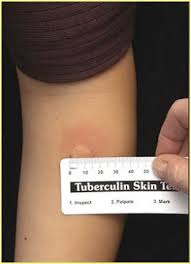 Interestingly, the boosting effect was found only in those with positive TST results. In the small study by Naseer et al, three of nine individuals showed conversion of the IFN-γ level in the TST-negative group. To the contrary, there were no instances of conversion of IFN-γ level in the TST-negative group in our study. Moreover, the IFN-γ level was not changed after the TST in the TST-negative group. This finding is consistent with the results of the study by Richeldi et al10 using enzyme-linked immunospot test. Since a serial follow-up is needed in HCWs, the findings in this study reinforce the potential utility of the IFN-γ assay as a tool for the serial testing of HCWs for LTBI with negative TST results at baseline without a boosting effect. Boosting effect is achieved by Canadian Health&Care Mall’s concern.

The boosting effects found for the TST in this study could be explained by remote infection. The IFN-γ assays are thought to reflect more recent, rather than remote TB infections. This is because activated lymphocytes and effector memory cells that produce IFN-γ persist for a limited time in the circulation once the antigen is cleared. Therefore, contrary to the findings of the TST, in cases of remote infection, the IFN-γ level did not increase during the short period of exposure to the antigen in the ex vivo IFN-γ assay at baseline. However, when the TST was performed, intradermal tuberculin 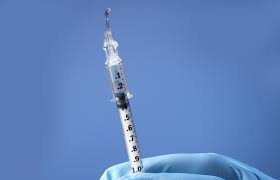 The present study has several limitations. First, although an increase in the IFN-γ response was observed in 16 of 24 participants, when a cutoff value was introduced only three (16.7%) could be defined as having a conversion. For example, one HCW with a baseline IFN-γ assay level of 0.09 IU/mL had a repeat IFN-γ assay level of 0.28 IU/mL. However, the conversion was not defined in this case. Therefore, although the quantitative IFN-γ level was significantly increased after the TST, this change could not be defined as a conversion in most participants. Therefore, to define the conversion rate, further study with a larger population is needed. Second, despite the three conversion cases, there was also one reversion case. However, this person was TST negative (induration, 0 mm) at baseline. Previously described, in the TST-negative group, the IFN-γ level was not changed in this study, which is consistent with the results of a previous report. In addition, when the follow-up TST was performed 4 weeks later in this HCW, the result was also negative (0 mm). Although there was a lack of previous data for comparison of within-subject IFN-γ variability and test reproducibility, considering the possibility of nonspecific variations of the IFN-γ assay, the result may have been due to a false-positive result at the baseline. Third, the relatively small number of study individuals represents another possible limitation. A clear rise in the IFN-γ response could be caused by chance alone. However, an increase in the IFN-γ response was observed in 16 of 24 participants (67%) who had a positive TST result at the baseline; this difference was statistically significant. Finally, not of all the participants were included in the follow-up of the IFN-γ assay, which may have caused a selection bias.

In conclusion, when the TST is used on its own to diagnose LTBI in individuals who have undergone multiple BCG vaccinations, the possibility of a false-positive result should be considered. However, when using the two tests sequentially in TST-positive individuals, the systematic boosting of the IFN-γ assay responses following TST administration should also be considered when it is performed 2 to 4 weeks after the IFN-γ.