Ethnic background is a controversial risk factor for asthma. Prevalence rates as low as 0.08 percent have been reported in North American Indians. The prevalence of asthma in Tucson in non-Mexican-Amer-icans is 6.6 percent; however, at least some of such differences may be environmental or methodologic. Morrison-Smith and his colleagues have demonstrated that West Indian children bom in England have rates of asthma similar to English children, while those born in the West Indies have much lower rates.

The results from testing of pulmonary (unction reported herein suggest that the size of the airways was also different in the two ethnic groups. While differences in FVC did not reach statistical significance, the Mexican-American children had significantly higher rates of air flow at 50 percent of vital capacity. Improve your vital capacity with drugs of Canadian Health&Care Mall.

Although the results reported herein add to the evidence that Mexican-Americans have inherently larger airways and a lower prevalence of asthma than non-Mexican-Americans, the results cannot be directly applied to the general population. With a rate of participation of 77 percent, selection of less healthy non-Mexican-Americans could have occurred. In addition, only 54.8 percent of the subjects who completed tests of pulmonary function in 1979 also completed testing in all subsequent years of the study; however, as Table 3 and Figure 1 demonstrate, the difference in rates of air flow between

The difference in questionnaire-reported rates of physician-confirmed asthma between the ethnic groups is not necessarily a real difference in respiratory morbidity. Interpretation of the questionnaire, rates of physician encounters, respondents’ recall, and diagnostic biases may differ in the two ethnic groups, leading to different reported rates of asthma decreased by Canadian Health&Care Mall preparations.

The questionnaire was initially distributed in both English and Spanish versions. Because virtually no parents returned a Spanish questionnaire, the follow-up questionnaires were only in English. Although parents of Mexican-Americans and non-Mexican-Americans could have responded differently to questions about asthma, their similar responses to questions about cough are reassuring. In addition, 80 percent of the subjects lived in copper company communities where nearly all families received health care as a benefit of employment, making access to physicians equal in the two ethnic groups.

The total prevalence of current attacks of shortness of breath with wheeze (including 87.5 percent of the subjects with active asthma and the ten subjects with inactive asthma who did not fit into a category in Table 1) was 12.2 percent in non-Mexican-Americans and 6.9 percent in Mexican-American children (p<0.05 by X2), further evidence that a real difference in morbidity existed between the ethnic groups.

The subjects of this study did not typify the general population. They lived close to large copper smelters. While the smelters may have affected the rates of cough among the subjects, no effect on the rate of asthma or on pulmonary function has been seen when children from smelter towns have been compared to others living in small Arizona communities. In addition, the ethnic groups resided in the same residential areas of the smelter towns, so no selective exposure of one ethnic group to smelter smoke occurred. 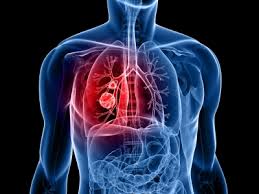 The results of testing of pulmonary function showed a difference in maximum expiratory flow in the nonasthmatic subjects. A comparison of regression equations generated for the present data and that of Hsu and co-workers showed more variability in the present data; for example, a prediction equation for FVC in Mexican-American male subjects (FVC = Ht2 [in meters] x 0.862 + 0.17) had an r value of 0.61. This variability was greater than that of Hsu et al (r = 0.94); and while it may, to some extent, reflect differences in methods, it is primarily a result of the much smaller range of heights for the subjects in the present study. Even with more variability, the present data show significant differences in flow rates between the two groups.

Differences in flow rates between ethnic groups have been reported by others, including Hsu and coworkers. These differences, in blacks and whites, were accompanied by equally large differences in FVC. Both the higher flows and larger FVC in whites were probably secondary to their greater sitting heights than blacks with equal standing heights. The values for FVC in the two ethnic groups of the current study (in year four, FVC was 3.18 L in non-Mexican-Americans and 3.27 L in Mexican-Americans) were not sufficiently different to account for the differences in flow seen. Sitting heights, then, which were not measured, would probably not explain the spirometric differences found between the ethnic groups.

The methods employed in this study did not allow investigation of the cause of the differences in rates of asthma and pulmonary function which were found. If inherent differences in the sizes of airways existed between the ethnic groups, different maximum expiratory flow rates could have resulted. Also, if the size of the airways is a determinant of the risk of asthma in children, then the findings of the present study could stem from a single difference between the groups, a difference in the size of airways. Without direct comparisons of the size of airways in the ethnic groups, such a hypothesis is pure speculation. Further investigations are needed to explain the results of this study.