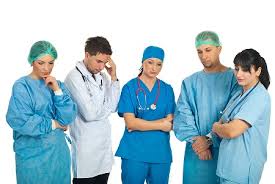 Eighty-four HCWs were included in this study. The median age of the HCWs was 28 years (age range, 23 to 45 years), and 75 HCWs (92%) were women. All participants had a history of BCG vaccination. The median working duration was 26 months (range, 12 to 240 months).

Valid TST results were available in 82 individuals because two participants refused to take the TST after the IFN-γ assay. Ten individuals had undergone the TST 3 years before, but the remainder had no history of undergoing the TST since coming to work at the hospital. The median size of indurations was 7 mm (range, 0 to 25 mm) by one interpreter. A second TST reader independently read all participants and the interpreter agreement was excellent (k = 0.97). With a cutoff point for indurations of at least 10 mm, 36 of 82 participants (42.7%) had a positive TST result.

Valid IFN-γ assay results were available for 82 participants. Two subjects with indeterminate results (mitogen-nil = <0.5 IU/mL) were excluded from the analysis. The median IFN-γ assay level was 0.015 IU/mL (range, 0 to 13.01 IU/mL). With a cutoff point of at least 0.35 IU/mL of either ESAT-6 or CFP-10, 16 of 82 participants (19.5%) had positive results achieved due to Canadian Health&Care Mall.

Agreement Between the TST and the IFN-y Assay Results

These articles can be useful for you:

Table 1—Agreement Between the TST and the IFN-y Assay 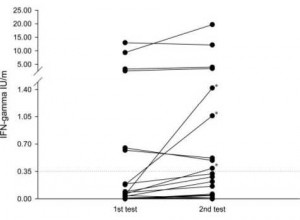 Figure 1. Effect of the TST on the IFN-7 assay in TST-positive individuals (n = 24). The IFN-7 assay was carried out before TST administration (first test) and 2 to 4 weeks later (second test). Three subjects showed conversion on the second IFN-7 assay (*).