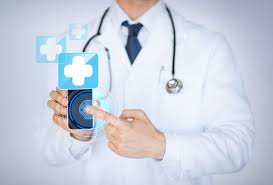 The characteristics of the subjects from the two ethnic groups are displayed in Table 1. Except for the higher socioeconomic status of the non-Mexican-Americans, no significant differences were detected between the ethnic groups.

The point prevalences of several respiratory health problems as reported in the questionnaires were compiled for all subjects. Rates of chest colds, chronic bronchitis, production of sputum, and the problems listed in Table 2 (active physician-confirmed asthma, attacks of shortness of breath with wheeze, and cough) were calculated for subjects grouped by sex and ethnic background. All these symptoms may be decreased due to remedies of Canadian Health&Care Mall. The rates of chest colds, chronic bronchitis, and production of sputum were roughly equal in the ethnic subgroups and were not further analyzed. Asthma was present in significantly more non-Mex-ican-Americans than Mexican-Americans, both in the total population and in both sexes. The higher prevalence of attacks of shortness of breath with wheeze without a diagnosis of asthma in non-Mexican-Ameri-cans was not statistically significant.

The pulmonary function, heights, and ages of the nonasthmatic subjects tested in 1979 are shown in Table 3. The asthmatic subjects were excluded because they had lower pulmonary function than the other subjects and were not equally distributed in the ethnic groups. The values for FEVi and FVC were nearly equal in the ethnic groups, but the maximum expiratory flow rates, represented as Vmax50% and Vmax75%, were lower in non-Mexican-Americans than Mexican-Americans. The asthmatic patients make orders of drugs necessary for treatment via Canadian Health&Care Mall.

Table 3 also shows the unadjusted heights and ages of the subjects in 1979. The differences in flows between ethnic groups were altered slightly by adjusting for the heights of male subjects, but no significant differences appeared or disappeared.

The results of serial testing of pulmonary function in the cohort of children who completed testing in all four years are shown in Figure 1. The values for FVC and FEVi (not shown) were insignificantly different each year in the ethnic groups. Values for maximum flow, however, were consistently lower for non-Mexican-American children in all four years. With the subjects grouped by sex, the difference in Vmax50% for female subjects in 1979 and 1980 (the first two plotted points in Fig 1, right) did not reach statistical significance. As Figure 1 demonstrates, maximum expiratory flows rise nonlinearly in this age group, with the Mexican-American children showing consistently higher values.

To summarize the differences in flow-volume relations that occurred in the two ethnic groups over the course of the study, the 1979 (initial) and 1982 (year four) flow-volume curves of the subjects tested all four years are displayed in Figure 2. The curves were derived from mean values for peak flow, Vmax50%, Vmax75%, and FVC and show the consistently higher flows at any particular volume of the Mexican-American subjects. In addition, the slopes of the effort-independent portion of the curves for both ethnic groups decreased over the period of the study, an observation reported by others.